PM Modi lays foundation stone and dedicates to the nation various projects of Kochi Metro and Indian Railways worth over Rs. 4500 crore in Kochi 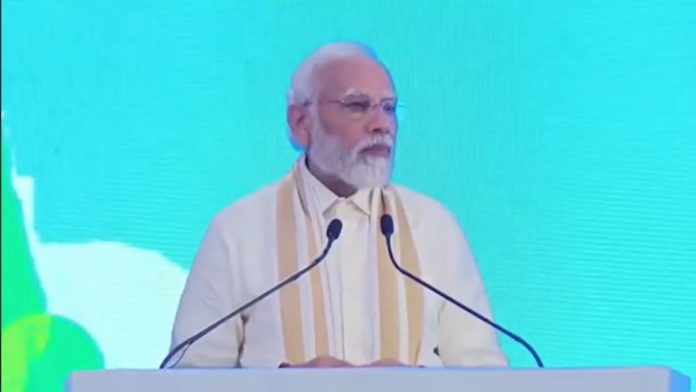 The Prime Minister inaugurated the Phase I extension of the Kochi Metro Rail Project from Petta to SN junction. The total cost of the project is over Rs 700 crores. Kochi Metro Rail project will be one of the most sustainable metro projects in the country with nearly 55% of its energy needs being met by solar power. The Prime Minister laid the foundation stone for the Phase –II stretch of the Kochi Metro rail project from JLN stadium to Infopark, having a length of 11.2 km and covering 11 stations. The total estimated cost of this project is around Rs. 1,950 crores.

The proposed Phase II corridor of the Kochi Metro Rail Project is aimed at catering to the growing transportation needs of Kochi City and is planned in such a way that it connects the District Headquarters, Special Economic Zone and IT Hub of the city with the existing metro rail network. On completion, the combined Phase I and Phase II metro network will link the major residential and commercial hubs in the city with major transit hubs such as railway stations and bus stands, thus reinforcing the concept of multi-modal integration and last-mile connectivity.

Launch of metro and railway related projects are a proud moment for the people of Kerala. https://t.co/ET7JFLUVgc

I am thankful to the people of Kerala for the affection. pic.twitter.com/dcuslYER0N