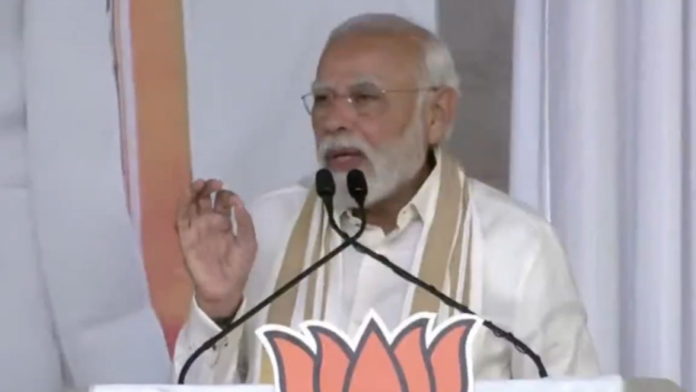 Prime Minister Narendra Modi began his two-day trip to Kerala on Thursday. He addressed a meeting arranged by the state BJP at Nedumbassery by first greeting the people on the occasion of Onam.

“I am glad to be in Kerala on the occasion of Onam. I wish you al a prosperous Onam. Kerala is a beautiful state, blessed with cultural and natural beauty,” the prime minister said in Malayalam.

Projects worth Rs 1 lakh crore were implemented in Kerala under the Central Government. Our focus is the upliftment of the poor and downtrodden. Under the Pradhan Mantri Awas Yojana (PMAY), over 2 lakh houses were sanctioned in Kerala. Of those, around 1 lakh houses have been constructed,” PM Modi said.

PM Modi further said the Centre has spent around Rs 1 lakh crore on various projects in the southern state.

“The central government is working to open at least one medical college in every district, and it will hugely benefit the youth of Kerala. To develop modern infrastructure, the BJP government is spending around Rs 1 lakh crore on multiple projects in Kerala,” he said.

Landed to a wonderful welcome in Kerala. Addressing a public meeting in Kochi. https://t.co/0z3Hzkifvq