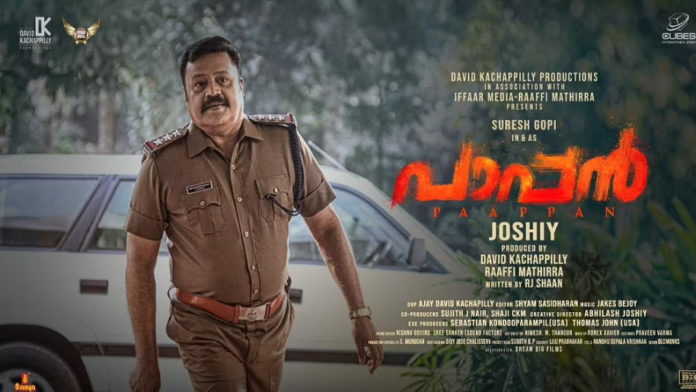 Suresh Gopi’s film Paappan is becoming one of the biggest hits in recent Malayalam cinema. Directed by Joshiy and written by RJ Shaan, the film earned a global gross of 31.43 crores in 10 days. After the Kerala release, the film is getting good response in all the foreign markets where it has been released. Now the makers have released the new successful teaser of the film.

The Suresh Gopi-Joshiy duo has re-united after 22 years with the superstar as a solo hero in ‘Paappan’. They had earlier worked together in bumper hit films like Lelam and Patram.