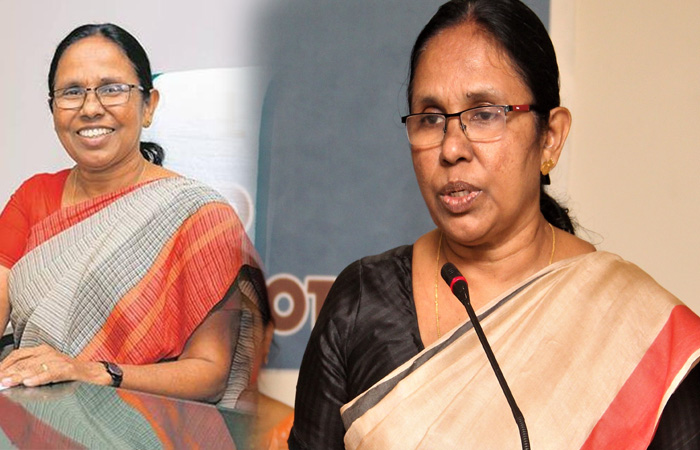 No Trace of Community Spread of Covid19 in Kerala : KK Shailaja

THIRUVANANTHAPURAM: There is no  trace of third-party spread in Kerala and there is no need for concern about social spread, Health Minister K K Shailaja said yesterday. The repatriation will be made on priority basis from the Gulf countries. The minister said the state was giving priority to PCR testing.

There has been no phase III spread in Kerala. There is no need to worry about community expansion. All current patients have an understanding of the prevalence. Testing, including randomized trials, did not yield any indication of community size. But that is not to say that social mobility will never happen. After the lockdown was lifted in Singapore, massive outbreaks recovered and spread to the community. Therefore we need to wake up together, ”he said.

It is impractical to bring everyone from the Gulf countries together. Priority will be brought. Priority is given to people who have expired visas, are pregnant, are homeless, or come here for treatment. Those who are diagnosed with the disease will not be brought. The central government has to decide on these matters. The minister said all facilities have been provided in all districts for those coming from the Gulf.

Great attention is paid to inspection. Test Kits We used test kits to avoid symptoms, to interact with patients, to come from infected areas, and to randomize testing. This was done to ensure the availability of kits when necessary. This method of testing has now proved to be correct.

It did not do so after learning that the Rapid test kits had malfunctions. The central government had been informed about this. When validation of the ICMR Rapid Test Kits was made, it became clear that the results were false. PCR kits are effective, though delayed. More test kits have been called for. The chief minister and the finance minister have said that money should not be an issue for the kits. The minister said he hoped to conduct as many tests as possible.

In Kerala, health workers are given prompt treatment if they get infected. All healthcare workers have been advised to take proper precautions and deal with patients. Fever clinics are specially established in all hospitals. The doctors and nurses in the area have been advised to pay special attention, he said.