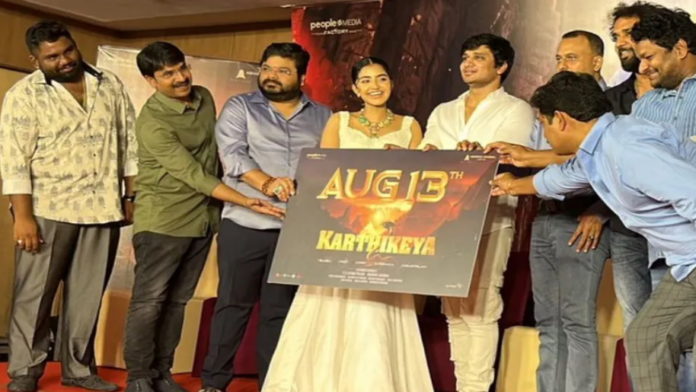 Nikhil Siddhartha starrer ‘Karthikeya 2’ which was initially scheduled to release on 22nd July this year, will now be released on August 13. Directed by Chandoo Mondeti, the film will see Anupama Parameswaran as Mugdha, Anupam Kher as Dhanvantri, Srinivasa Reddy as Sadananda, Harsha Chemudu as Suleman, Adithya Menon as Santanu.

Nikhil Siddhartha has reunited with director Chandoo Mondeti for the sequel to the critically acclaimed 2014 drama Karthikeya. He will portray the role of Dr. Karthikeya in his next, who decides to go on an expedition to search for the secrets buried beneath the sea near Dwaraka.

‘Karthikeya 2’ will be available in multiple languages including Telugu, Tamil, Kannada, Malayalam and Hindi.