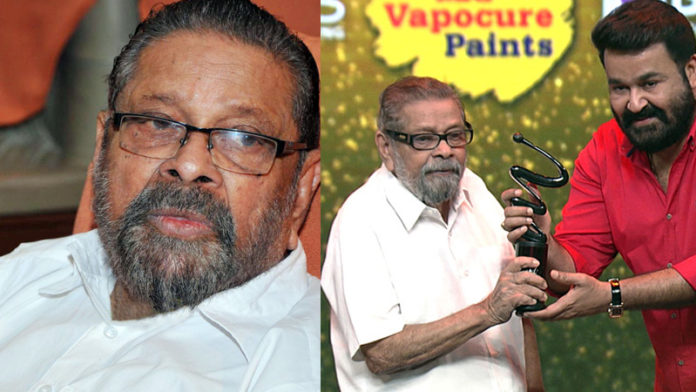 Music director M.K. Arjunan Master (84) has passed away. The funeral took place at Palluruthy’s home at around 3 this morning. The burial will be officially honored in the context of Kovid 19, said Culture Minister AK Balan.

MK Arjunan is a music director who has composed many songs for the Malayalam film music world. Arjun Master, who has gifted Malayalees with songs such as Yamune Premayamune, Paatha veena and Paadum, Kasturi Manakkunnullo, has composed more than 1,000 songs in over 200 films. Today the curtain is on for more than six decades of musical pleasure.

Arjunan was born on March 1, 1936, as the youngest of fourteen children in Korattupalam, Fort, Kochi. When Arjun was six months old, his father died. Arjunan Mast had a poor childhood. Due to severe financial difficulties at home, Arjuna and his elder brother Prabhakaran were sent to the jovial pleasures of Palani. It was there that Narayanaswamy, the monk, realized Arjuna’s singing ability. Arjun studied music for seven years under the tutelage of Narayanaswamy

Since then, he has worked in theater groups such as Changanassery Geetha, People’s Theater, Deshabhimani Theaters, Alleppey Theaters, Kalidasa Kala Kendram and KPAC. He has composed music for over 800 songs in over 300 plays. Another chapter in the life of Arjunan Master begins with his encounter with Devarajan Master while working in the theater. He read the harmonium for a number of songs for Devarajan Mash.

Arjunan Master made his debut in the music industry in 1968 with the film ‘Karutha Pournami’. Arjunan Master has composed the songs for the film. Vayalar, p. Bhaskaran, O. N. V. Though he has worked with Kurup, the songs of Sreekumaran Thampi Arjunan team have become very popular. AR Rahman, the music director of India, first started playing the keyboard under Arjunan Master.

Arjun Master has composed the music for the movie Vellaram Kunnil Velli Meenukal which is being released. Directed by Kumar Nanda, the lyrics are by Rajeev Alunkal