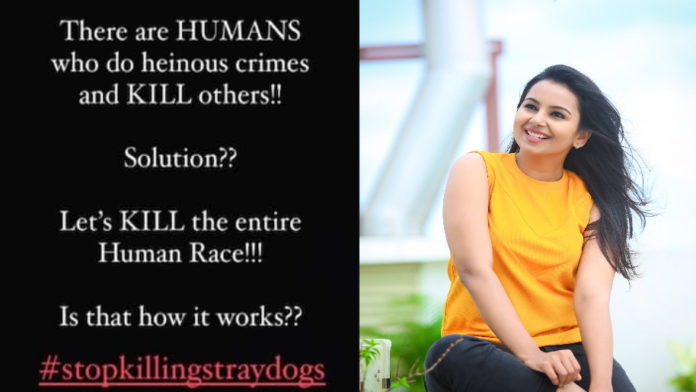 Over the last few days, Kerala has been witnessing attacks from stray dogs which has become a matter of serious concern. The government has planned a mass vaccination drive for dogs. Reportedly, the state government will also approach the Supreme Court seeking permission to put down infected dogs, and it has led to heated debates.

Actor-dancer Mrudula Murali, who is also an animal lover, has expressed her opinion regarding the issue.

Taking to Instagram, she shared a post that read, “There are HUMANS who do heinous crimes and KILL others!! Solution?? Let’s KILL the entire Human Race!!! Is that how it works?? #stopkillingstraydogs.”

Earlier this month, a 12-yr-old girl from Kerala’s Pathanamthitta died after being bitten by a stray dog, despite taking three doses of anti-rabies vaccine.