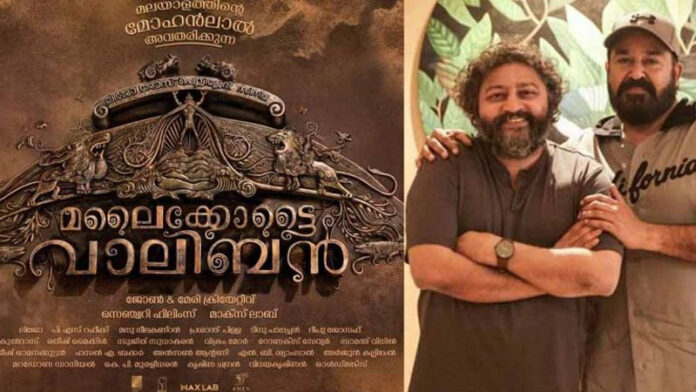 The title of Lijo Jose Pellissery-Mohanlal film has been announced. The film is titled Malaikottai Valibhan. This is also the film that movie lovers are eagerly waiting for next year.

There are indications that the film is a period drama based on a myth and Mohanlal will appear as a wrestler. Every new news about the movie gets so much support. What is the name of the movie, what will be the background of the story, what will Mohanlal’s look be like, who will be the other cast and many doubts are raised among the movie lovers.

The shooting of the film will begin on January 10. The Rajasthan schedule lasts for about two and a half months. This will be the biggest film of Lijo Jose Pellissery’s career as well. The film is produced by John and Mary Creative, Max Labs and Century Films.