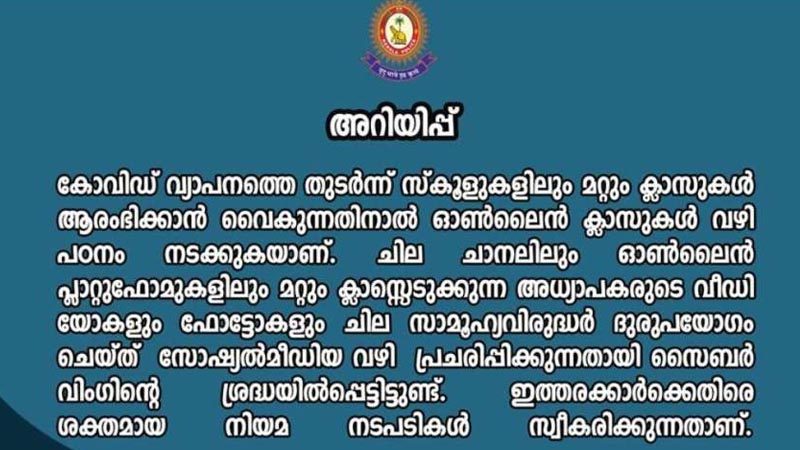 The Youth Commission has voluntarily filed a case against those who spread negativity against the teachers who took online classes through KITES Victers channel. The case was charged for insulting teachers through social media. Upon the start of online classes last day, several instances of circulation of inappropriate content was found in social media. The content featured sexually explicit trolls, posters, and comments on teachers. The Youth Commission is calling for stringent action against the attack on women in cyber space.

Earlier, the Kerala police too has come forward warning those who misuse of the pictures and videos of teachers. The Facebook Note by the Kerala Police further added that people should refrain themselves from actions that demoralizes the teaching community, who have jumped into such a tough situation and prevent students across the state from getting demotivated.