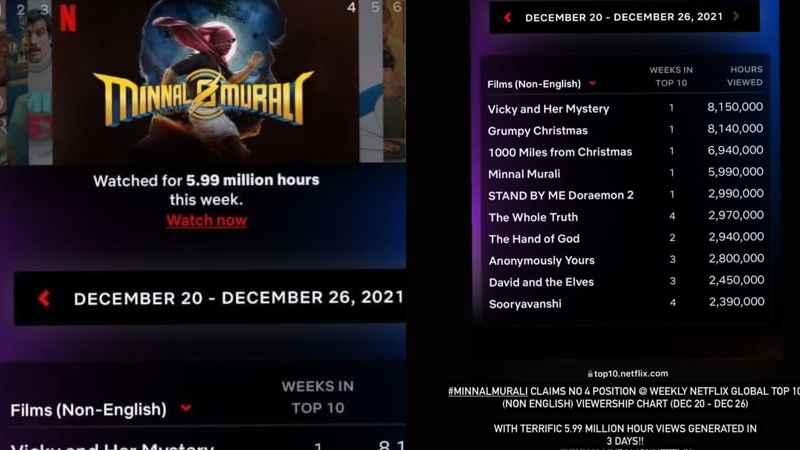 “Minnal Murali” ranks fourth in Netflix’s global top 10 movies. “Minnal Murali” is in the top ten of movies in 11 countries. Tovino Thomas is doing the title role and Guru Somasundaram in the villain role in “Minnal Murali”. The movie is directed by Basil Joseph and produced by Sofia Paul under the banner of Weekend Blockbusters. 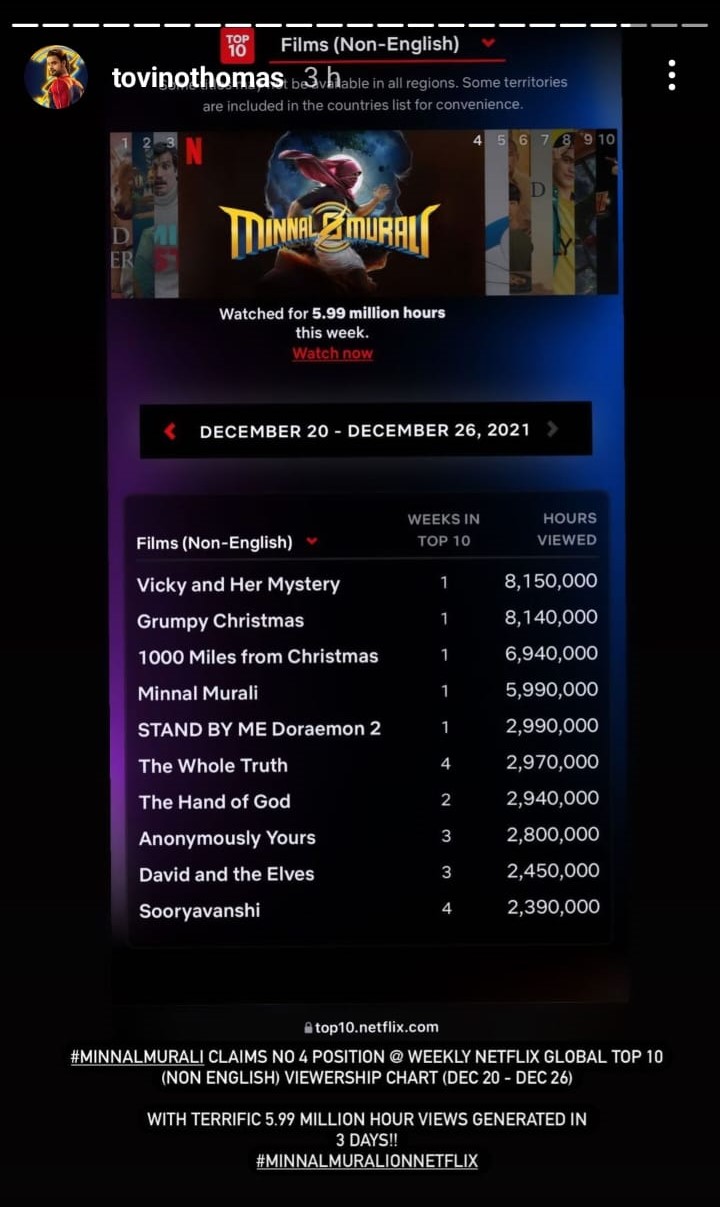 Since its premiere on Netflix on December 24, the film has been hailed by critics and fans of all ages as the ‘Out and Out Entertainer’ and the ‘Indigenous Desi-Superhero’. India needs this movie. “Minnal Murali” was released in its first week, proving once again that great stories are universal.

The superhero movie is ranked fourth on Netflix’s global top ten list of non-English movies. Netflix has a list of the top ten movies in eleven countries. India, “Minnal Murali” only airs on Netflix in four countries: Oman, Qatar and the United Arab Emirates.