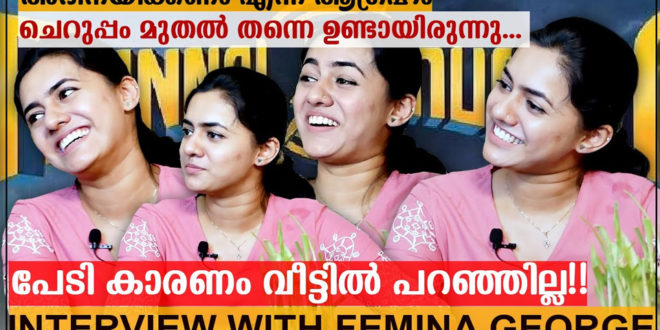 Actress Femina George is on the hotlist now after the success of the film ‘Minnal Murali’ starring Tovino Thomas in the lead role. In her debut film, Femina did the role of ‘Bruce Lee Biji’ which was widely applauded by the audience. In her recent interview with the ICG channel, she revealed her journey into the film industry and the struggle she faced during the shooting of the film ‘Minnal Murali’. Watch the exclusive interview of Femina George aka Bruce Lee Biji.