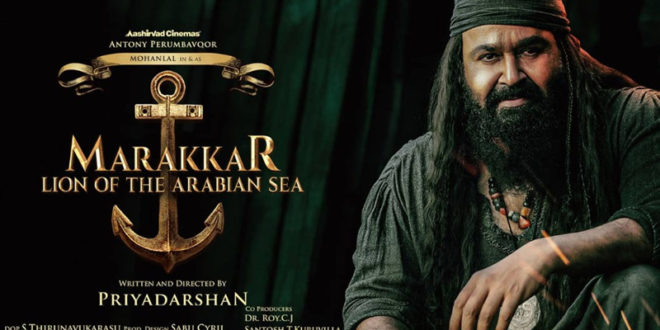 ‘Marakkar is the Lion of the Arabian Sea’ directed by Priyadarshan and starring Mohanlal, set a new record for most revenue from UAE release. The film was released in 64 theaters in the UAE alone. Trade analyst Manobala Vijayabalan tweeted that Marakkar has earned around Rs 2.98 crore from 368 shows.

Best opening ever for a Malayalam film.

Prior to its release, the film had grossed over Rs 100 crore. The film reached the 100 crore club only through reservation. Pre-booking had started from the day Marakkar announced its release. The film was shown in five languages ​​on 4,100 screens worldwide. 16,000 shows are organized daily. Out of 631 screens in Kerala, 626 are on display.

After a long wait, Marakkar arrived at the theaters. Apart from Mohanlal, the film also stars Manju Warrier, Suhasini, Arjun, Sunil Shetty, Prabhu, Fazil, Siddique, Nedumudi Venu, Fazil, Prabhu, Innocent, Keerthi Suresh, Kalyani Priyadarshan, Pranav Mohanlal and many more. Marakkar, the all time highest budget Malayalam film, has a budget of Rs 100 crore. Marakkar was the film that was supposed to be released last year. The six award winning film is produced by Antony Perumbavoor under the banner of Ashirvad Cinemas. Dr. Roy, Santosh T. Kuruvila is the co-producer.