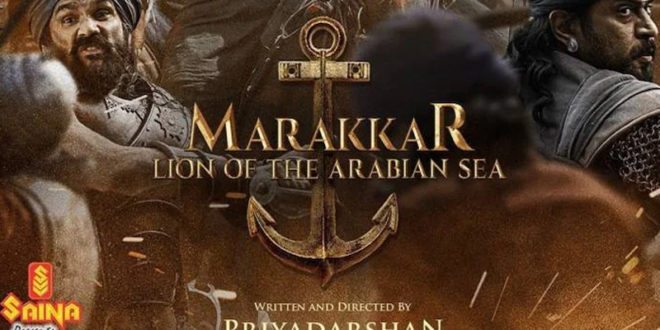 Marakkar – Lion of the Arabian Sea, took place in the 100 crore club before the release. The film reached the 100 crore club only through reservation. Pre-booking had started from the day ‘Marakkar’ announced its release. The film released worldwide on December 2. Mohanlal starrer movie will be screened in five languages ​​on 4,100 screens across the world. The film will set another record with 16,000 shows per day at 4100 screens.

Out of 631 screens in Kerala, Marakkar released in 626 screens. Mohanlal and the cast of the film have written on social media that tomorrow is a historic day for Malayalam cinema. After a long wait of two years, Marakkar is coming to the theaters.  The film stars Pranav Mohanlal, Arjun, Sunil Shetty, Prabhu, Manju Warrier, Suhasini, Kalyani Priyadarshan, Fazil, Siddique, Nedumudi Venu and Innocent. Marakkar, the all time highest budget Malayalam film, has a budget of Rs 100 crore. Marakkar was the film that was supposed to be released last year. The six award winning film is produced by Antony Perumbavoor under the banner of Ashirvad Cinemas. Dr. Roy, Santosh T. Kuruvila is the co-producer. Mohanlal had earlier said that the film would be released on OTT after its theatrical release.