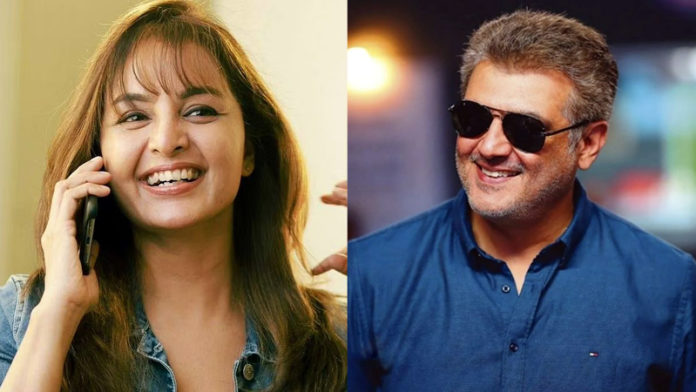 Manju Warrier is back in Tamil as Ajith’s heroine. Manju will play the lead role in the movie where Ajith joins H Vinod, after ‘Valimai’.

Trade analyst Sreedhar Pillai has released the information. This will be the 61st film of actor Ajith. Ajith’s film is based on a bank robbery. The film will be shot in Hyderabad, Chennai, and Bangalore. The film is produced by Bonnie Kapoor.

Manju’s first Tamil film was ‘Asuran’ directed by Vetrimaran and starred Dhanush in the lead role. The character of Pachayammal in ‘Asuran’ had attracted a lot of attention. IT was a huge success at the box office, winning the applause of critics and audiences alike.