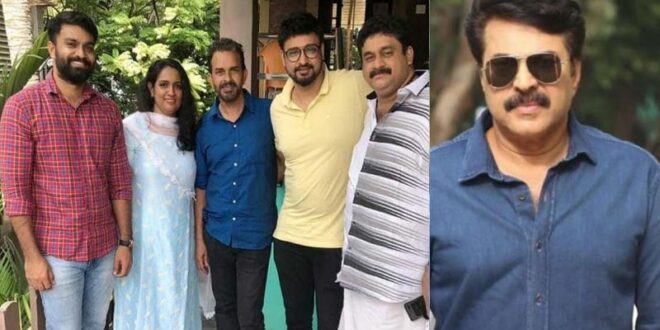 Megastar Mammootty is all set to star in yet another debutant director’s film. It would be Ratheena Sharshad, who is going to direct the Megastar in her debut directorial venture itself. The news was announced by Ratheena herself, who took social media corners. The movie is scripted jointly by Harshad, Sharafu and Suhas, while Gireesh Gangadharan would handle the cinematographic department. Jakes Bejoy will give the music to the film and Deepu Joseph is helmed to do the editing works; Sameera Saneesh will handle the costumes, whereas Manu Jagath is roped in as the art director.

It must be said that Ratheena acted as the executive producer of ‘Uyare’, which starred Parvathi, Tovino Thomas, and Asif Ali in the lead roles. Ratheena’s directorial debut project would be produced by George Sebastian, Shyam Mohan and Arjun Raveendran. The movie will also have the distinction of being the first feature film by a lady director to star Mammootty.