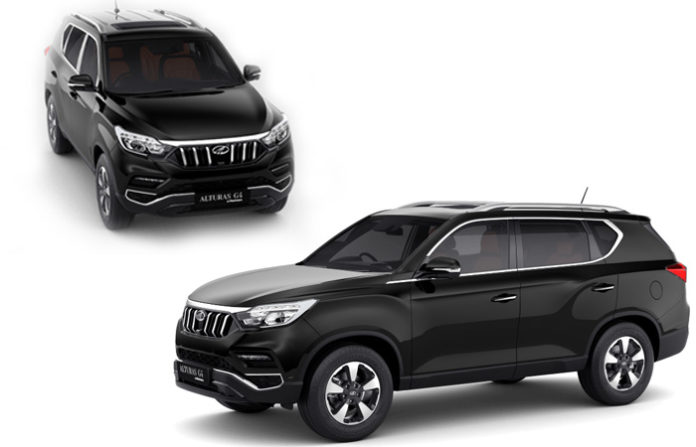 The Alturas G4 was Mahindra’s entry into the premium SUV range in India. Altura’s BS-6 engine model will soon be the competition for the Toyota Fortuner and Ford Endeavor. Mahindra has released the teaser of the upcoming release.

This time the Alturas G4 comes with only the engine and not the design. The vehicle will be powered by a 2.2 liter diesel engine that is high up to the BS6 standard. It has 181 PS of power and 420 Nm of torque. The transmission is a seven-speed automatic from Mercedes.

The Alturas G4 is the Mahindra version of the Global Spec Sangyong Rexton. Therefore, the design of this vehicle has become a global standard. The Alturas features a chrome-finished vertical slate grille, LED headlight, as well as two DRLs supplied in the bumper.

Ola Electric, under the online taxi company Ola, has taken over Amsterdam-based scooter manufacturer Etergo. Etergo is the first scooter in the world to...
Read more
Automobile News

According to reports, Royal Enfield's latest model, the 350 Meteor Fireball will be launched in late June. The bike, which was due to be...
Read more
Automobile News

Czech carmaker Skoda has launched its karaoke SUV to be the stronghold of the mid-size SUV range in India. The SUV is expected to...
Read more
Automobile News

Kia Sonet to be Launched With Clutchless Manual Transmission

Manual transmission without clutch ?. To replicate the same Celto's success, the Kia Sonnet arrives with a clutch-free manual transmission. This technology has been...
Read more
Automobile News