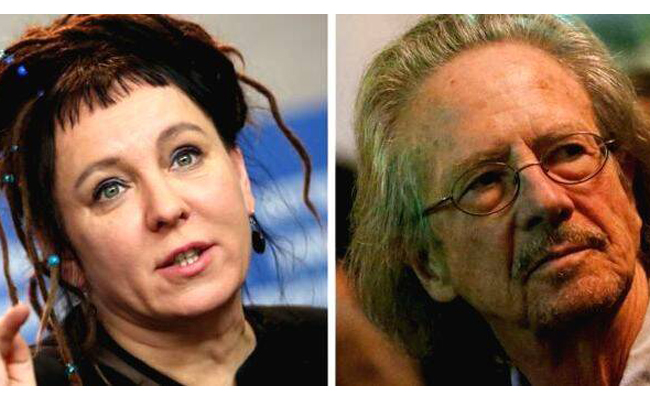 Stockholm: The 2018 and 19th Nobel Prizes for Literature have been announced. Austrian novelist, poet and playwright Peter Handke, 76, won the 2019 award, while Polish writer Olga Tokarczuk won the 2018 award.

Peter Handke, one of the most thought-provoking writers in the German language, is also controversial because of his political views. Another controversy was when Salman Rushdie in 1999 called Salman Rushdie a ‘sluggard of the year’ for his support for the genocidal regime of Slobodan Milosevic.

Olga’s first novel is The Journey of the Book People, published in 1993. Olga’s masterpiece is The Books of Jacob, released in 2014. Around the Swedish Academy

The 2018 Nobel Prize for Literature was not announced in the wake of sexual scandals and financial scandals.

Video sharing app TikTok is the most downloaded mobile app in the world in 2019. TikTok is just behind Facebook, while WhatsApp tops the...
Read more
Film News

Arvind Swamy as MGR; Malayalee is a well known craftsman behind Make Over. Arvind Swamy's Makeover in MGR is the narrative of the late Tamil...
Read more
- Advertisment -