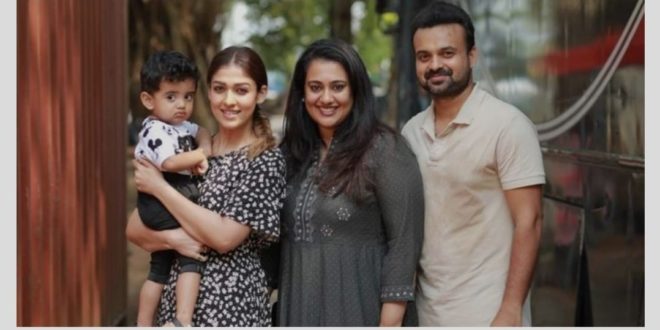 Fans take a picture of Kunchacko Boban’s son Izahaak with Lady Superstar Nayanthara. Issa is accompanied by his father Chackochan and his mother Priya. Fans also say that Isakuttan can be seen with a little pride, probably because he is sitting in Nayantara’s arms. Issa with Priya arrived at the location of the movie ‘Nizhal’. The film stars Kunchacko Kunchacko Boban and Nayanthara in the lead roles.

The film is being produced by Abhijit M Pillai, Badusha, Fellini TP, and Ganesh Jose in association with Anto Joseph Film Company. It is a thriller movie. Nizhal is another thriller starring Kunchacko Boban after the super hit thriller Anchampathira.