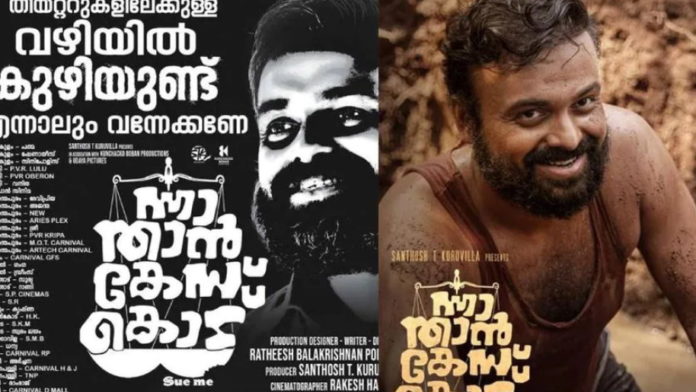 Actor Kunchacko Boban rubbished the backlashes against his latest movie ‘Nna Thaan Case Kodu’. The latest poster of the film triggered a controversy for portraying potholes on Kerala roads.

This comes amid the backlashes faced by the state government over the non-maintainance of the roads. The trailer of the movie also highlighted the potholes on the roads in Kerala.

The actor said that there was some truth in what was said (about the potholes) in the poster as well as the movie.

The poster, which led to the war of words in the cyber world, said that there might be potholes on the way to the theatres, but the public should still come and watch the movie.

Speaking to reporters, the actor said, “We have not targeted any particular government, political party or section of people in the film. We only tried to highlight issues being faced by the common man here and attempted to bring it to the attention of the political parties, bureaucrats and the public through humour and satire.”

Kunchako Boban stated that the decision to watch or boycott the movie depends on individuals.

“People who watch the movie will realize the message we want to communicate with this film. We conceived the idea of the fil many years ago. The writer’s foresight highlighted pothole issue which is a major issue in present Kerala,” said Boban.