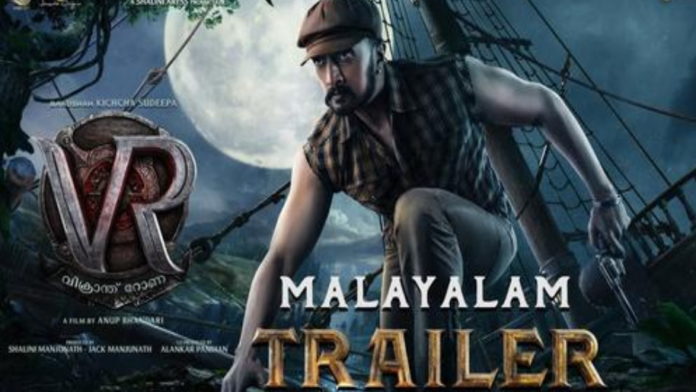 Kichcha Sudeep and Jacqueline Fernandez’s much-awaited trailer from Vikrant Rona is out in all languages. The video is a visual treat with great visuals, action, and thrilling elements. The trailer launch event took place in Mumbai.

The storyline seems to be a mystery as Kichcha in the role of a police inspector is searching for the devil in a village.

The Hindi trailer was launched by Salman Khan, Dhanush launched it in Tamil, Dulquer Salman in Malayalam, Ram Charan in Telugu, and Kiccha Sudeep in Kannada.

Vikrant Rona has been presented by Zee Studios, produced by Jack Manjunath under his production Shalini Artss, co-produced by Alankar Pandian.

The film will hit the theatres on July 28.