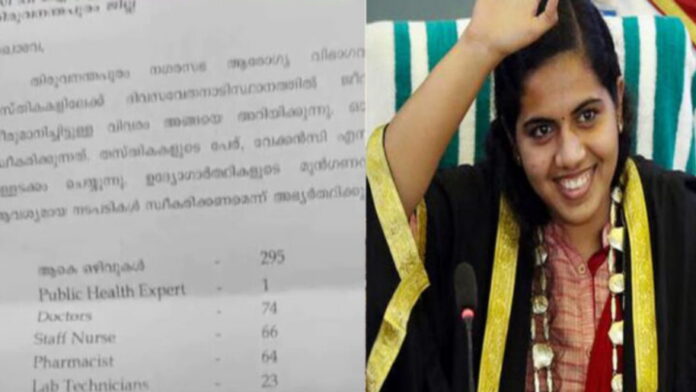 Kerala State Police Chief Anil Kant has ordered a probe to find whether the letter allegedly written by Mayor Arya Rajendran is fake.

A case will be registered against fabrication false documents and the Crime Branch (CB) chief will decide which unit should carry out the investigation, said the Director General of Police (DGP).

As per the CB’s preliminary report, it has not clarified whether the letter is fake or not.

The Crime Branch says that it is only possible to take custody of electronic devices including computers and interrogate the suspects through the investigation of the case.

Following this, the DGP ordered to file a case on the letter issue on the recommendation of the crime branch.