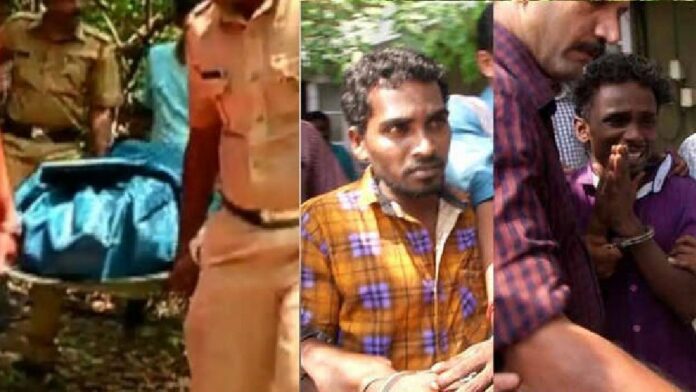 The Additional Sessions Court here has pronounced life imprisonment till death to the two accused, who were found guilty of rape and murder of a Latvian woman near Kovalam in 2018.

The court also slapped a fine of Rs 1.65 lakh on each of the convicts and directed it to be given to the family of the victims.

The court ordered that for raping the woman resulting in her death, the convicts should serve life imprisonment till their biological death and are not entitled to remission or parole.

After the judgement, the accused created a dramatic scene in the court emotionally. They demanded that lie detector test should be conducted on them, which would prove their innocence. They also claimed to have seen a yoga master running away from the crime spot on the day the Latvian tourist was murdered and alleged that the police did not investigate the hair that was found near the dead body. However, the court ruled out their demands.

The highly decomposed and headless body of the woman was recovered from a mangrove forest at nearby Thiruvallam on April 21, 2018, and Umesh and Udayakumar.

The two men were charged under IPC Sections 302 (murder), 376 (rape), and 20(b) of the Narcotic Drugs and Psychotropic Substances (NDPS) Act.

The 33-year-old woman had arrived in Kerala for Ayurveda treatment and went missing from Kovalam beach on March 14, 2018. Her body was recovered from a mangrove near Panathura 38 days later in a putrefied state.

Do not provoke wild animals; They will respond with a vengeance – Forest Minister