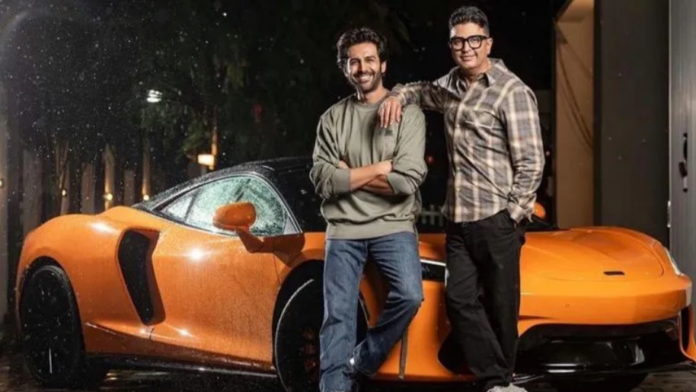 Bollywood’s young actor Kartik Aaryan is over the moon after the success of his lates film ‘Bhool Bhulaiyaa 2’. The film also featured Kiara Advani, Rajpal Yadav and Tabu in the lead roles. ‘Bhool Bhulaiyaa 2’ is inching closer to Rs 185 crore.

Now, as per a recent update, after the success of Bhool Bhulaiyaa 2, producer Bhushan Kumar has gifted Kartik Aaryan India’s first McLaren GT and the latter has expressed gratitude for the same but in a hilarious way.

The McLaren GT supercar has a starting price of Rs 3.72 crore.

On the professional front, Kartik Aaryan will be next seen in Shehzada alongside Kriti Sanon, which has also been produced by Bhushan Kumar.

2022 Hyundai Venue Facelift to be launched on this date!!

The all new BMW i4 electric sedan launched in India; Check out the price