Kamal Haasan’s ‘Vikram’ to have an OTT release; Report 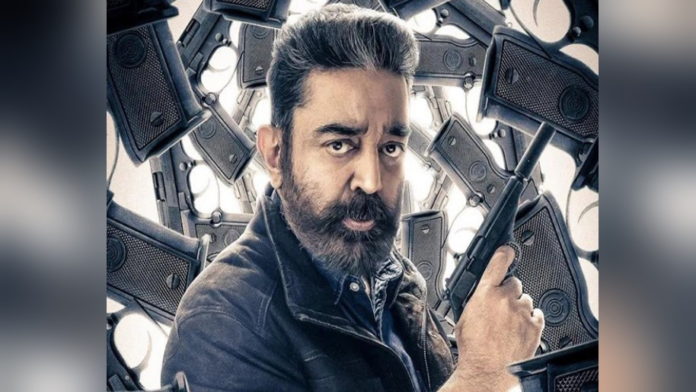 Kamal Haasan starrer ‘Vikram’ continues to create records at the box office, 20 days after its release. The Lokesh Kanagaraj directorial is making its way to the Rs 400 crore club. Now, according to latest reports, the film is all set to have an OTT release.

‘Vikram’ will hit the OTT platform Disney+Hotstor on July 8. It will premiere in four different languages – Tamil, Telugu, Kannada and Malayalam.

The film also has Vijay Sethupathi and Fahadh Faasil in crucial roles, and Suriya makes a special appearance in the climax. The film is a spiritual successor of the 1986 film with the same name, also starring Hassan.

The film also features a remixed version of the theme song from the 1986 film. Vikram serves as the second installment in the planned Lokesh Cinematic Universe (LCU) after Kaithi.