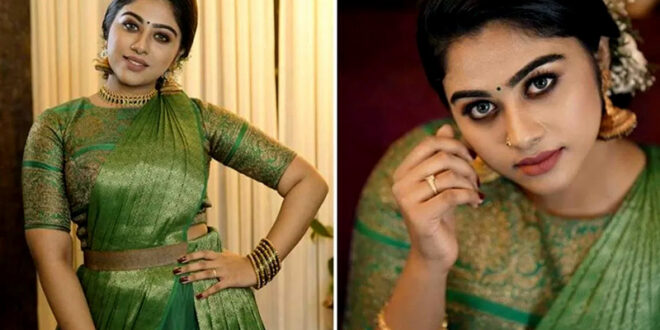 Kalyani, daughter of Bindu Panicker speaks about her film debut

Bindu Panicker’s daughter is a celebrity without acting. Kalyani, the daughter of Bindu Panicker, also got a lot of attention in her Tik Tok videos. Kalyani had 15 lakh followers on the Tik Tok platform. Even though TikTok is banned in India she is active on Instagram. Now Kalyani is talking about her acting debut.

Kalyani, who has become a favorite of Malayalees through Tiktok, said that her parents Bidu Panicker and Saikumar not interested in her to enter the film industry. And I do not have such a passion now, but things might change in future, Kalyani added.