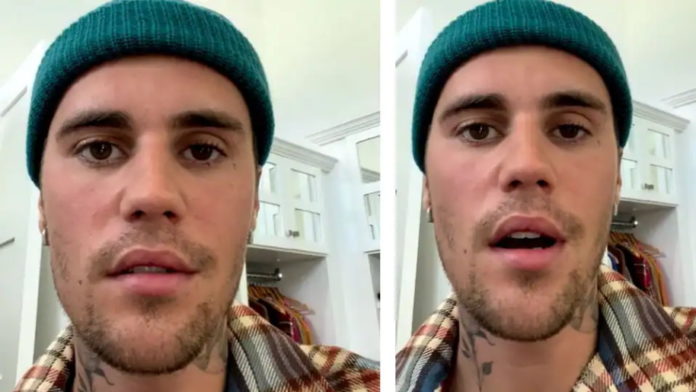 Justin Bieber says a rare disorder that paralyzed half of the superstar performer’s face is the reason behind his tour postponement. In a video he posted on Instagram, Bieber said that he is suffering from Ramsay Hunt syndrome.

The syndrome causes facial paralysis and affects nerves in the face through a shingles outbreak. The singer demonstrated in the video that he could barely move one side of his face, calling the ailment pretty serious.

“For those frustrated by my cancellations of the next shows, I’m just physically, obviously not capable of doing them,” he said. The singer added, “My body’s telling me I’ve got to slow down. I hope you guys understand.”

“I’ll be using this time to just rest and relax and get back to a hundred percent, so that I can do what I was born to do,” he said.