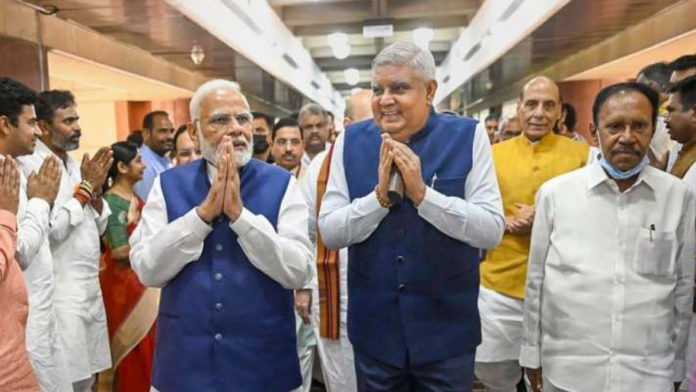 National Democratic Alliance Vice Presidential candidate Jagdeep Dhankhar on Saturday won the vice-presidential election to be the 14th VP of India. He was pitted against Opposition’s pick Margaret Alva. As many as 725 MPs of the total 780 voted in the elections.

The Trinamool Congress, which has 39 MPs, including 23 in Lok Sabha, has already announced its decision to abstain from the election.

Prime Minister Narendra Modi and his predecessor Manmohan Singh cast their ballots early in the day, while opposition leaders Sonia Gandhi and Rahul Gandhi voted a little after noon, the officials said.