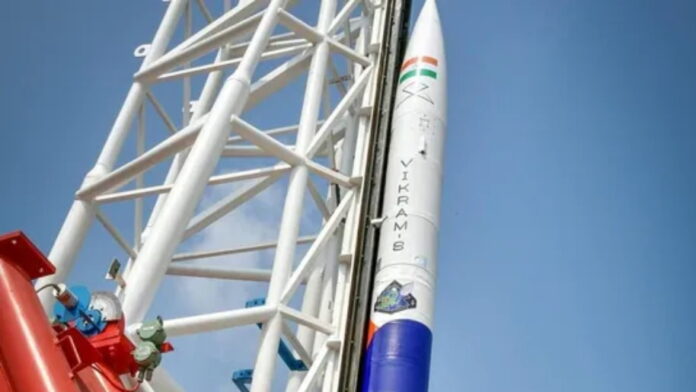 The Indian Space Research Organisation is set to launch country’s first rocket built by a private company on Friday. The private rocket, Vikram-suborbital (VKS) will be launched from Sriharikota, Andhra Pradesh at 11.30 am.

The VKS rocket has been developed by Hyderabad-based startup company, Skyroot Aerospace Pvt Ltd (SAPL) and is a single-stage spin-stabilised solid propellant rocket with a mass of approximately 545kg. The rocket goes to a max altitude of 101km and splashes into the sea. The overall duration of the launch is just 300 seconds.

Apart from being the nation’s first private launch, it will also be the maiden mission of Skyroot Aerospace, named Prarambh. It will carry a total of three payloads in space, including one from foreign customers.

Skyroot Aerospace said on Thursday that Vikram-S will help test and validate majority of the technologies in the Vikram series of orbital class space launch vehicles, including many sub-systems and technologies that will be tested across pre-lift-off and post-lift-off phases of the launch.

New Design of The President’s Standard And Colour, and the Indian Navy Crest unveiled

‘Alluring people to convert to other religions by doing charity is a serious issue’, says Supreme Court