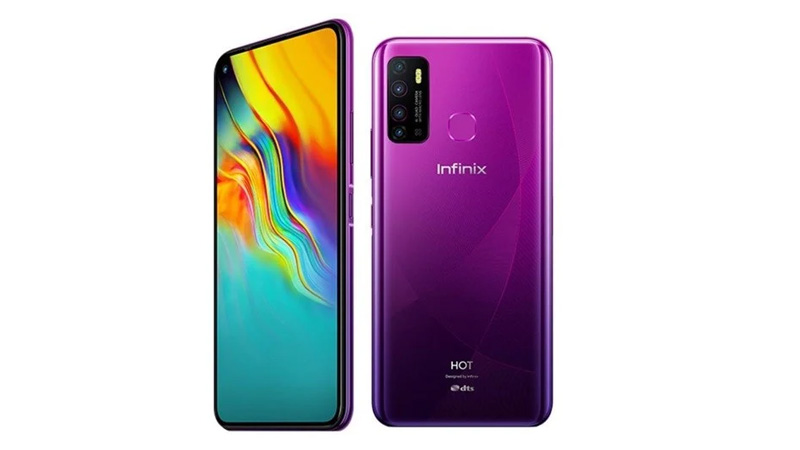 The teaser released ahead of the launch also give some hints about the device. The front camera features a punch-hole selfie camera layout, indicating the device’s camera segment. The device also features a quad camera setup with a fingerprint scanner at the back. Reports also say that the main features of Infinix’s new smartphone series will be revealed via Flipkart in the coming days. Since the new device is called ‘series’, more than one device will be released in Hot 9 series. Infinix Hot 9 Pro is likely to come out later.

Infinix Hot 9 expected to have 6.6-inch IPS LCD display is set at 20: 9 aspect ratio and runs on HD + (720 × 1600 pixels) resolution. The device is powered by a MediaTek Helio A25 SOC processor paired with a Power VR GE 8320 GPU. The company offers a quad camera setup on the back of the Infinix Hot 9 smartphone. The camera is equipped with a 48 megapixel primary camera, two dedicated depth, macro sensor and QVGA low light sensor. The Infinix has an 8-megapixel selfie camera.

The other features of the Infinix Hot 9 smartphone are that it comes with a micro USB 2.0 port. The Infinix Hot 9 also has a 5,000mAh battery. Connectivity options on this device include Bluetooth 5.0, GPS, Wi-Fi and dual SIM card slots. The smartphone runs on Android 10 based XOS 6.0. The Indonesian variant of Hot 9 has color options including Ocean Wave, Violet, Midnight Black and Quetzal Cyan.

The company has not yet announced the price of the Infinix Hot 9 smartphone in India. But after checking the Indonesian variant’s price, it is expected to be priced around Rs.10,000 in India.