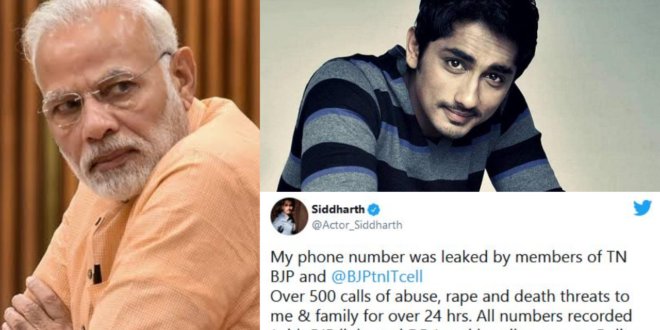 I will not remain silent, you will keep trying – Actor Siddharth warns Narendra Modi, Amit Shah

Siddharth reveals that BJP’s Tamil Nadu IT department leaked his phone number. He and his family are now receiving death threats, malicious threats and rape threats. About 500 phone calls were received in the last 24 hours, says Siddharth. Phone numbers have also been recorded. All this is being handed over to the police. Siddharth said.

The star made the revelation via Twitter. His phone number was leaked by members of the Tamil Nadu BJP IT cell. Within 24 hours I was getting all sorts of threats. But I will not remain silent. Narendra Modi Amit Shah You keep trying. About Siddharth. The tweet has now gone viral. 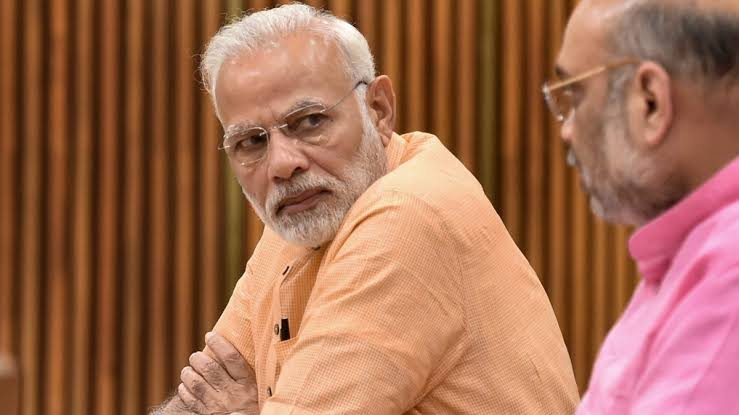 The actor added that all the phone calls were recorded and handed over to the police. The actor also shared screen shots of threatened trolls. A troll has posted that this is one of the posts that leaks my number and tells people to attack and harass me. There are many such social media posts. The phone number has been released with the caption ‘Don’t open his mouth anymore’. How to escape from them even if you live too long from Kovid. Siddharth asks. 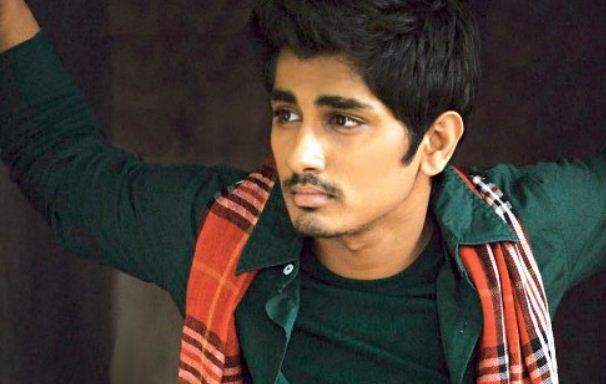 Siddharth made his acting debut in Shankar’s Boys. Prior to this, he worked as Mani Ratnam’s assistant. He has acted in Tamil, Telugu, Hindi and Malayalam films. Aaruvam is the star’s last released Tamil film. The actor has acted in the Malayalam movie Kammara Sambhavam. 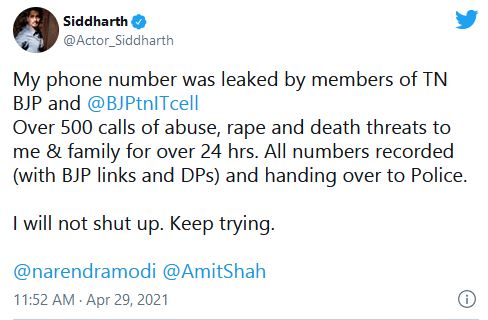