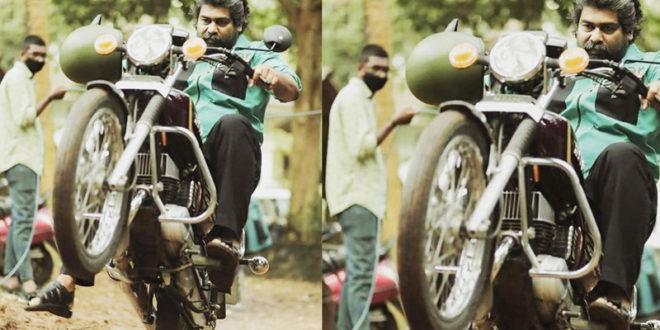 Actor Joju George says that he has been doing motorbike stunts since he was young. “People used to call us useless when we did this with our friends in ‘Mala’,” he said. The photo of Joju George doing an RX Hundred bike stunt has gone viral in recent days. The picture was taken by fans from the location of his new movie ‘Peace’.

‘That’s a good joke. When we were young, when we did bike stunts like this with our friends in ‘Mala’, people used to call us useless. I can do this now because I did all this at a young age. It’s been a long time “said Jojo. Joju George plays the role of Carlos in the movie called ‘Peace’. Joju describes his character as an old freakin guy’. “Carlos is a man who lives his life at the top, enjoying,” JoJo said.