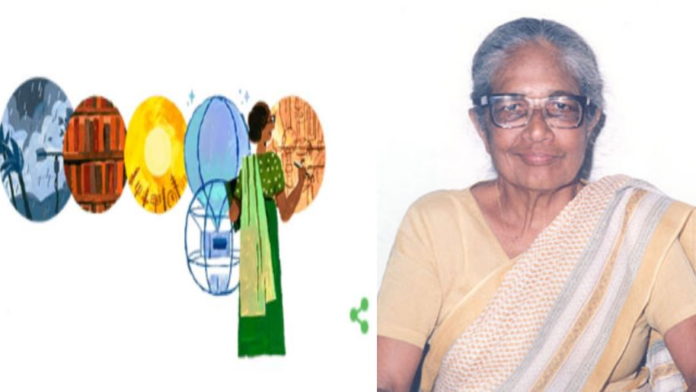 Google dedicated a special doodle to mark the 140th birth anniversary of Indian physicist and meteorologist Anna Mani who played a significant role in the field of meteorological instrumentation.

Anna Modayil Mani was born in 1918 at Peermade, Kerala to a Syrian Christian family. Her father was a civil engineer and an agnostic. She was the seventh of eight children in her family, and a voracious reader. Impressed by Gandhi during Vaikom satyagraha and inspired by his nationalist movement, she took to wearing only khadi garments.

She retired as the Deputy Director General of the Indian Meteorological Department and served as a visiting professor at the Raman Research Institute. Mani made contributions to the field of meteorological instrumentation, conducted research, and published numerous papers on solar radiation, ozone, and wind energy measurements.

She was associated with many scientific organizations, including the Indian National Science Academy, American Meteorological Society, International Solar Energy Society, World Meteorological Organisation (WMO), and the International Association for Meteorology and Atmospheric Physics. In 1987, Mani was a recipient of the INSA K. R. Ramanathan Medal.For her various achievements she is referred as “Weather woman of India”.