HomeNewsGold medalist expelled and third runner up to head for All India...
NewsSports 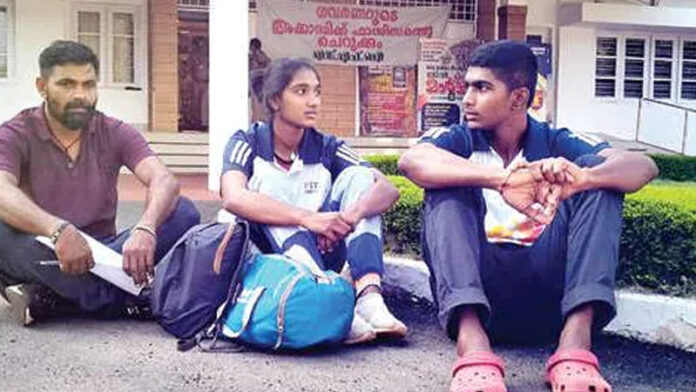 An attempt is being made to expel the gold medalist in the Calicut University Boxing Championship and take the third runner-up to the All India University Competition.

Jeevan Joseph of Thrissur Sahridaya College was dropped from the list for the All India Championship. Jeevan competed in the 67 kg category. He is a four-time state championship gold medalist. The competition was held in Calicut University from 7th to 9th. The election camp was from 10th to 23rd. The information about the loss of life came to know when the camp list came out.

Kasarkot Vellarikund residents K.C. He is the son of Joseph and Bina Joseph. Twins Jeevan and Jilna Joseph won gold in Calicut University Boxing Championship. Jilna won gold in girls’ 57 kg category. But Jilna was not given a chance to participate in the camp. Jilna has won gold in the state championship twice.

Father K.C. said that the list was prepared by giving priority to the players who are training under the Thrissur Boxing Club. Joseph told Mathrubhumi. Perhaps they were not selected because the children competed for Sahrdaya College. Maybe that’s why the daughter who won gold was not even selected for the camp. The third placers are invited to give grace marks.

The person who won gold in every category was selected for the camp. Only in the 67 kg category, the third placer was inserted. Joseph said that he has filed a complaint with the Pro Vice Chancellor and has decided to strike in the university until a favorable decision is taken.

Malappuram: The head of the sports department of the university Dr. V.P. Zakir Hussain.

All those who win gold in the inter-college competition are not taken to the all-India competition. The university team will be selected based on their performance in the subsequent selection camp and trials.

The news is circulating that Jeevan Joseph of Thrissur Sahridaya College, who won the gold in the 67 kg category, was trying to take the third place. A complaint was received about the officiating during the semi-final match in this category. The complaint was raised by the player who won the third position. Based on this, former Indian coach R.K. The selection committee headed by Manoj Kumar took Jeevan Joseph and others including the third placer to the camp.

Jeevan Joseph participated in the camp held in Thrissur from 15th to 23rd. After the camp, when the competition was to be held on the 23rd as the final selection, the student’s relatives raised a clamor demanding that selection should be given considering the fact that he had won gold in the inter-college competition. They were turned away by security personnel. Later they returned without participating in the trials. Officials also informed that the third ranked person was included in the list. The selection of the university is through a clear procedure. Officials also informed that legal action will be taken if they do not withdraw from false propaganda.

Kasaragod: DYFI wants to look into the complaint that the student was denied permission to participate in boxing in the All India University meet. District Secretariat asked.

The University has submitted a complaint to the Pro-Vice-Chancellor alleging irregularities in the competition. The complaint is that the contestant who lost to Jeevan Joseph in the semi-final of the competition was selected for the All India University meet.