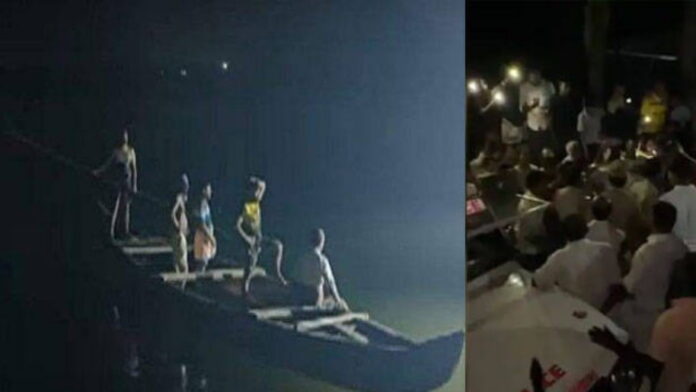 A family of six people fell into the river after their boat overturned at Bharathapuzha on Saturday at 7.30 pm. Four people died in the accident including two men and two women.

The two who narrowly escaped the tragedy are Beevathu and Rasiya. The incident happened when the family went to an islet in Bharathapuzha to harvest clams.

The boat capsized at Punchikkadav near Chamravattom, while returning after collecting clams.

Beevathu and Rasiya, who escaped the tragedy, were admitted to a hospital in Alathiyoor.
Though searches for Salam and Aboobacker were conducted till late night on Saturday, they could not be found. The search was stalled midnight but continued on Sunday early morning under officials, including Coast Guard.

The natives informed that the unprecedented high tide in the river caused the mishap.