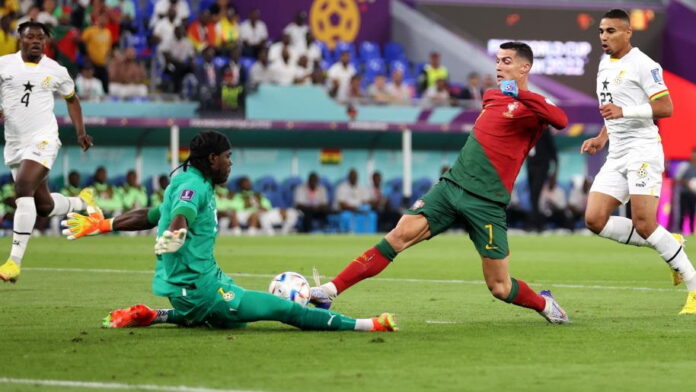 Cristiano Ronaldo got on the scoresheet as Portugal edged out Ghana 3-2 in a Group H match at the Stadium 974 on Thursday. After a goalless first half, Ronaldo opened the scoring with a penalty to become the first man to score at five World Cups. Andre Ayew equalised for the Black Stars, but Joao Felix and Rafael Leao scored their first World Cup goals to put the Portugal 3-1 up.

The Portugal captain achieved this milestone after he converted a penalty in the 65th minute of the game against Ghana on Thursday.

One of the most decorated players in the history of the game must feel relieved since he was in the proverbial “eye of the storm” following his departure from Manchester United.