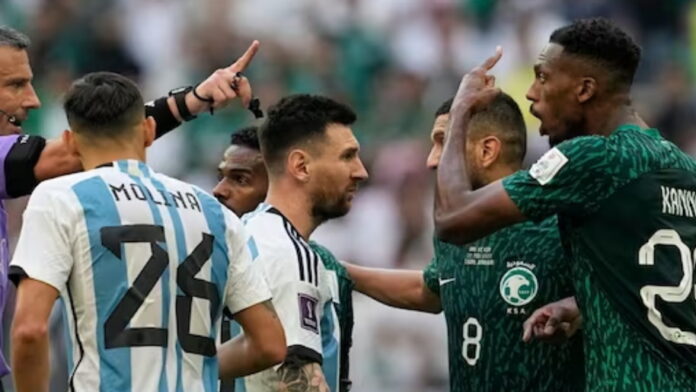 Lionel Messi’s Argentina made their first appearance in the Qatar edition of FIFA World Cup on Tuesday. However, they suffered a 1-2 defeat against Saudi Arabia and hence their tournament started on the worst note possible.

Just minutes into the second half, Saudi Arabia scored a stunning equaliser through Saleh Al Shehri and then Salem Al Dawsari doubled the lead for his side, courtesy of a brilliant solo goal. Earlier in the first half, Lionel Messi opened the scoring from the spot after VAR intervention saw Argentina earn a penalty against Saudi Arabia.

Messi’s quest to win the one major title to elude him got off to a shocking start and brought back memories of Cameroon’s 1-0 win over an Argentina team led by Diego Maradona in the opening game of the 1990 World Cup.