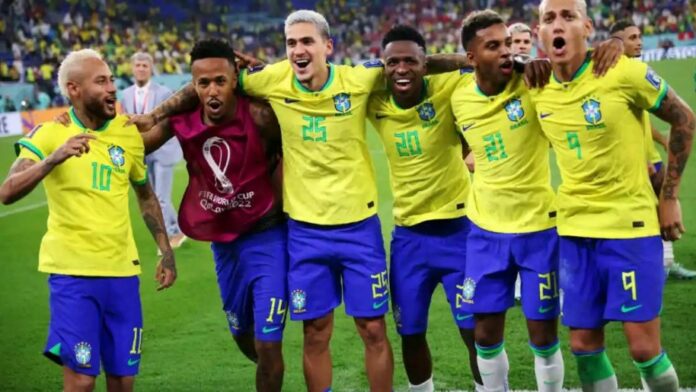 In a dominating win, Brazil on Monday thrashed South Korea 4-1 to grab the spot in quarters of the FIFA World Cup 2022 in Qatar. Brazil will play the quarter-final with Croatia.

After Japan’s penalty shootout loss to Croatia earlier, and Australia’s loss to Argentina, it means that all three Asian Confederation teams were eliminated in the first knockout round.

Having failed to score in the first half of any match so far this tournament, five-times champions Brazil corrected that with four goals before the break, to end the match as any meaningful contest early on.

They took only seven minutes to breach the Korean defence for the first time.

Richarlison’s brilliant goal made it 3-0 and Lucas Paqueta added another before half-time to leave South Korea shellshocked.

Cricket match: 50% entertainment tax could have been bought, but it has been reduced to 12%, said the minister