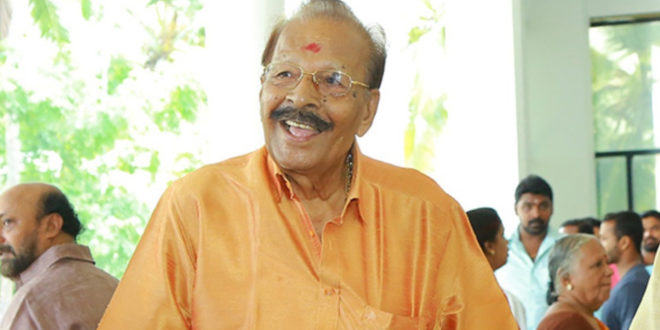 Famous actor GK Pillai died at the age of 97

Famous actor GK Pillai (97) passed away at Thiruvananthapuram today. He died at his home in Edava in the Thiruvananthapuram district. He was born in 1924 in Chirayinkeezhu, Thiruvananthapuram to Govinda Pillai and Saraswathiamma. His real name is G. Keshav Pillai. He joined the army at the age of fifteen and served there for 12 years. He met actor Prem Nazi and it was this friendship that brought GK Pillai closer to the cinema industry.

His first film was ‘Snehaseema’ released in 1954. He has acted in more than 325 Malayalam movies. GK Pillai gets attention through his villainous roles. He was active in films till the late eighties. GK Pillai started acting in television serials in 2005. The first serial was ‘Kadamattath Kathanar’. His character in the serial ‘Kumkumappoovu’, which aired on the Asianet channel, made him a favorite among family audiences.