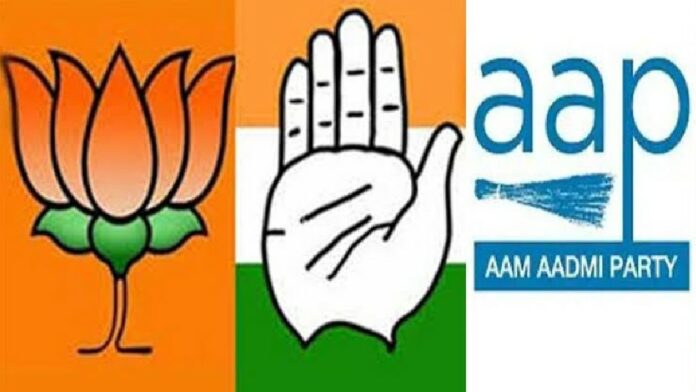 Days ahead of the counting of votes, the exit polls have predicted a clean sweep for the Bharatiya Janata Party in Gujarat and a neck-and-neck fight in Himachal Pradesh.

Overall, there are 182 seats in Gujarat out of which 13 constituencies are reserved for Scheduled Castes and 27 for the Scheduled Tribes. The first phase of Gujarat Assembly polls was held on 1 December on 89 seats spread across 19 districts in Saurashtra-Kutch and southern parts of the state.

The second phase was held on December 5 on the remaining 93 Assembly seats across Ahmedabad, Vadodara, and other central and northern Gujarat regions. In the first phase, the voter turnout was 63.3%, while in the second phase it was 65% (till 5 pm).

BJP is predicted to win 128-148 seats as against the 99 seats which it won in the 2017 Assembly polls. In this case, BJP might bag the highest number of seats since 2002 which was the first election that the party fought after Narendra Modi took over as the CM.

Congress is predicted to settle for only 30-42 seats. On the other hand, AAP is likely to open its account in the state for the first time ever, with the prediction of it bagging 2-10 seats.

On the other hand, in Himachal Pradesh, Chief Minister Jai Ram Thakur-led BJP is likely to win between 34 and 39 assembly seats. The majority mark is 35.

On the other hand, Congress is projected to bag 28 to 33 seats. AAP is forecasted to get 0-1 seat.