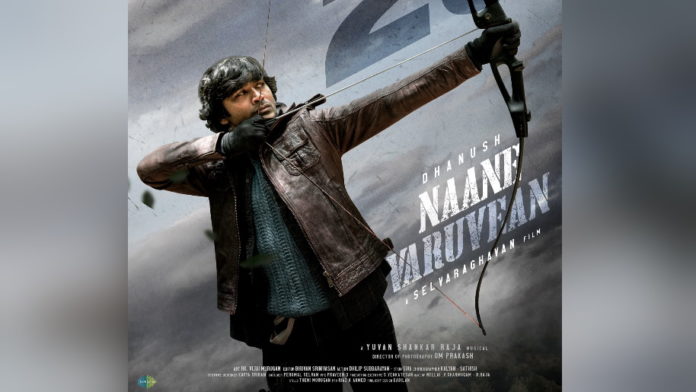 Superstar Dhanush’s much anticipated ‘Naane Varuven’, directed by his brother Selvaraghavan, is all set to release this month. The film will release in theaters on September 29.

Naane Varuven will clash at the box office with Mani Ratnam’s magnum opus Ponniyin Selvan which is set to release one day after, on September 30.

Dhanush is reuniting with his brother Selvaraghavan after almost a decade with this venture. Earlier, the two brothers had joined together for movies like Thulluvadho Illamai, Kandu Kondein, Pudhupettai, and Mayakkam Enna.

Indhuja Ravichander and Elli AvrRam will play the female leads opposite Dhanush, while Yogi Babu will play the supporting role. The film is produced by Kalaippuli S Thanu of V Creations.

Meanwhile, Dhanush is basking in the success of his recently released film Thiruchitrambalam, which hit the screens on August 18.