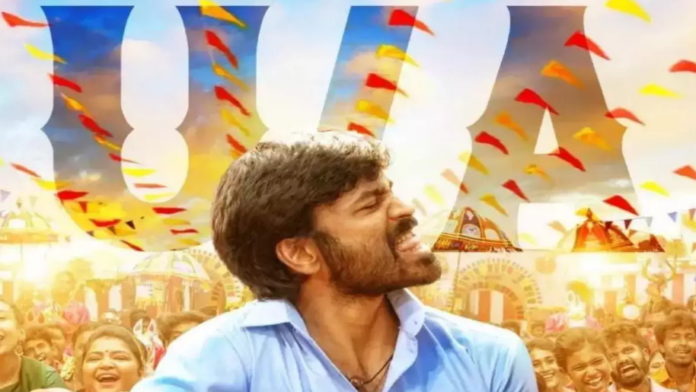 Superstar Dhanush ie gearing up for the grand release of his next ‘Thiruchitrambalam’ on 18 August 2022. The film which has three heroines, namely, Raashi Khanna, Priya Bhavani Shankar and Nithya Menen has been cleared by the Censor Board with an U/A certificate.

Dhanush’s ‘Thiruchitrambalam’ is produced by Sun Pictures, and Anirudh Ravichander has composed music for the film.

The over two minute trailer which was released recently gives a glimpse of Dhanush’s character ‘Thiruchitrambalam’, who is a deliver executive and is called ‘Pazham’ in short. Apparently, both he and his grandfather played by Bhrathiraja share the same name and his father played by Prakash Raj is a police officer.

Nithya Menen plays his best friend from childhood, who stands by him in all situations including his romantic pursuits with Priya Bhavani Shankar and Raashi Khanna.