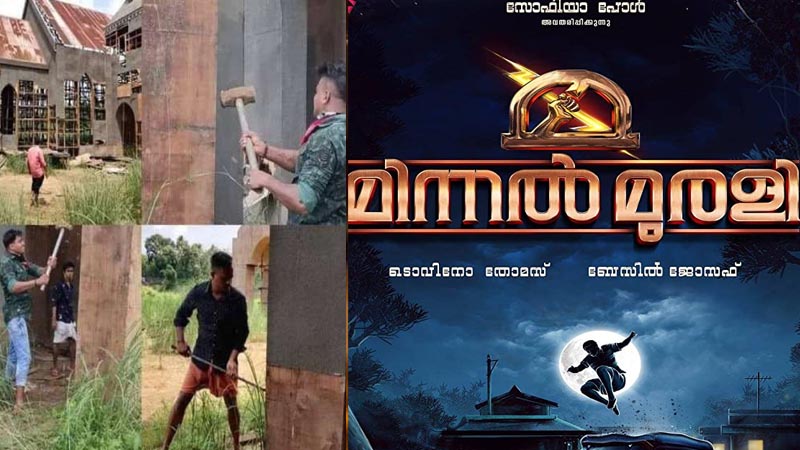 Rural district police chief K Srinivasan, while responding to media queries, said that strong action would be taken against the accused in the case of destructing the movie set of ‘Minnal Murali’. According to the reports, more charges would be added to the charge sheet, including acts of communalism, epidemic diseases ordinance, conspiracy and theft.

So far, five persons, including the main accused, Kaari Ratheesh, have been arrested in the case. Police officials maintained that they are on the course of imposing KAAPA against the accused. Earlier it was in the last week that a group of people broke into the set of the movie ‘Minnal Murali’ and broke the set of the Christian mosque erected for shooting, once the nationwide lockdown is lifted. The accused maintained that the mosque was erected on a close proximity to the Siva temple in Manapuram. They also promoted the video footages of the incident through social media to spread communal violence.