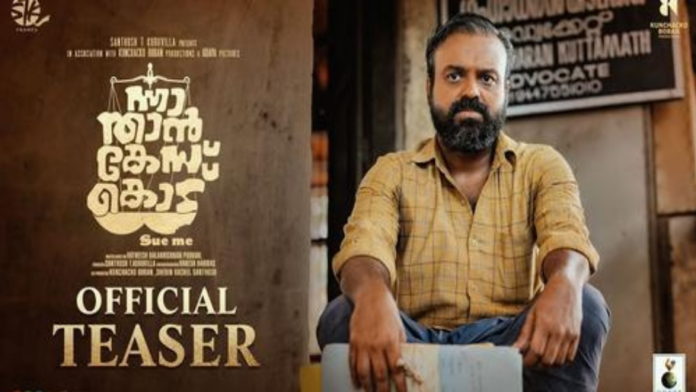 Makers of ‘Nna Thaan Case Kodu’ dropped the first glimpse – a teaser from the film, featuring Kunchacko Boban as Rajeevan. He is bit by a dog and is determined to sue the person, who is responsible for the action.

Taking to social media, Kunchacko Boban wrote, “Presenting you the Teaser of…. ……”NNA THAAN CASE KODU”…..Super excited to be alongside a bunch of talented new faces in front of the camera…And hoping to churn up some Humor,Satire,Emotions and Thrills to keep you guys entertained. Just a glimpse and more to come…. From the makers of Android Kunjappan,Ratheesh Poduval and Santhosh.T.Kuruvila!!!! Here’s the Official teaser of the latest Kunchacko Boban – Ratheesh Balakrishnan Poduval film under the banner of STK frames and produced by Santhosh T Kuruvila, ‘Nna Thaan Case Kodu’! WORLDWIDE RELEASE ON AUGUST 12!”

The film is directed by Ratheesh Balakrishnan Poduval and will hit the theatres on August 12.