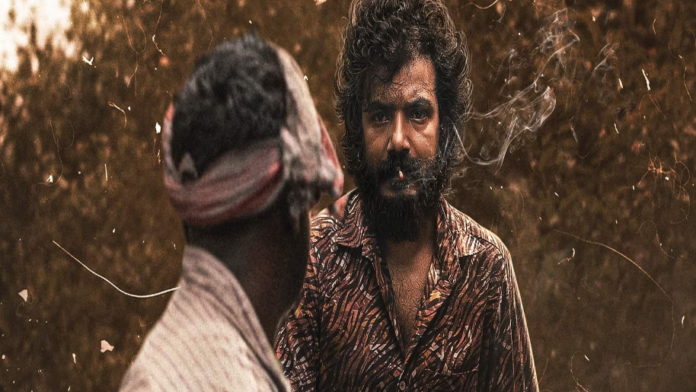 Sreenath Bhasi is all set to play the ‘station rowdy’ Sachariah George in his next action drama movie ‘Chattambi’. The makers on Tuesday released the second trailer for the film and it promises an engaging drama filled with magnificent performances.

The film is all set to hit the big screens on September 23rd.

The second trailer for ‘Chattambi’ also shows Sreenath Bhasi’s character teaming up with Guru Somasundaram’s character Muniyandi and locking horns with another gang that consists of the characters played by the actors Chemban Vinod Jose and Binu Pappu.