HomeNewsSportsChampions Boat League to begin in Kerala on September 4
NewsSports 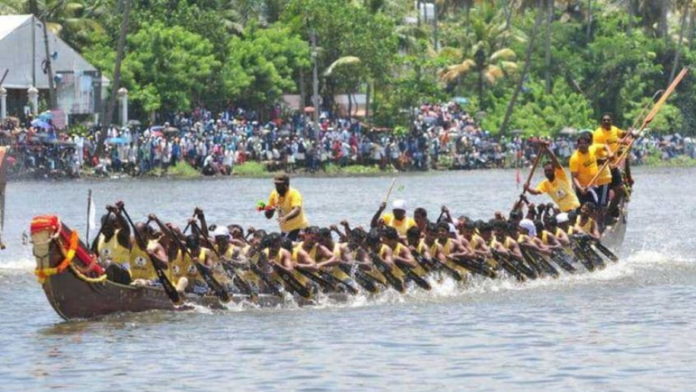 The second edition of the IPL-modelled Champions Boat League (CBL) will be held from September 4 to November 26 across five districts in Kerala, Tourism Minister P A Mohamed Riyas said on Saturday.

The inaugural leg of the snake-boat races will be held at Punnamada Lake in Alappuzha alongside the iconic Nehru Trophy Boat Race on September 4.

CBL-2, like its first edition held in 2019 on the lines of Indian Premier League in cricket, will have half of its legs in Alappuzha district, two each in Kollam and Ernakulam districts and one each in Thrissur and Kottayam districts.

The venues in Alappuzha will be Pulinkunnu, Kainakary, Karuvatta, Pandanadu (Chengannur) and Kayamkulam, besides the district headquarter city. Piravom and Marine Drive will be the venues in Ernakulam, while Kollam town and Kallada will be those in Kollam district. Thazhathangadi (Kottayam) and Kottapuram (near Kodungallur in Thrissur district) are the other venues.

The final, which is set to be held at the scenic Ashtamudi Lake, is 60 km north of the state capital of Thiruvananthapuram.

The debut CBL edition, which was flagged off by Chief Minister Pinarayi Vijayan in the presence of cricket legend Sachin Tendulkar in August 2019, featured nine teams and carried prize money totalling ₹5.86 crore.