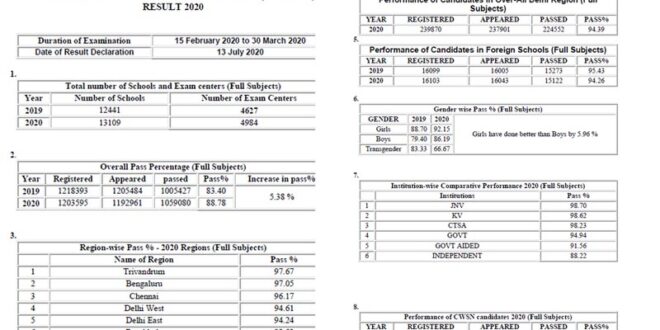 Earlier, the board had informed the Supreme Court that it would announce the results of Class 12 before July 15th. CBSE also informed that those who were unsatisfied with the current scheme, can opt for a new examination, which would be conducted once the situation of Covid comes under control.