Boy Kicking Car After It Hits His Mother 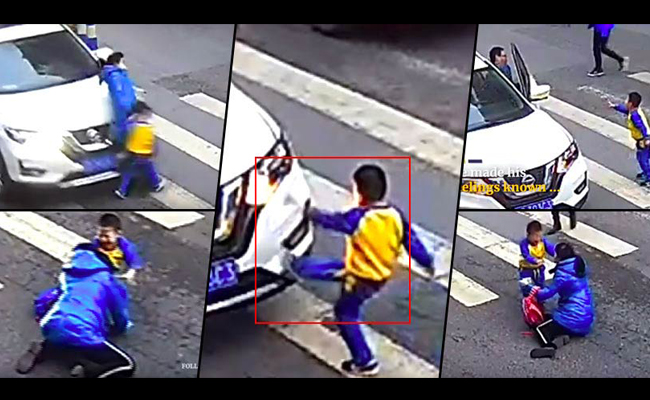 This little boy has been a social media star for a few days. The world is bowing before his love for his mother. The boy became a star through the video of an accident in China. The four-year-old boy was crossing the road with his mother in a zebraline. C

A car suddenly hit her and her mother. The aftermath of the boy who raised his mother on the ground is what struck everyone. Relieved that his mother was okay, he tossed the broken car and rebuked the driver. C

He expressed his anger towards the vehicle that hit his mother. The driver of the car came out and comforted him, and they carried him in the same car. They were not injured in the accident. The world is praising the mother who gave birth to her son after the video was released.