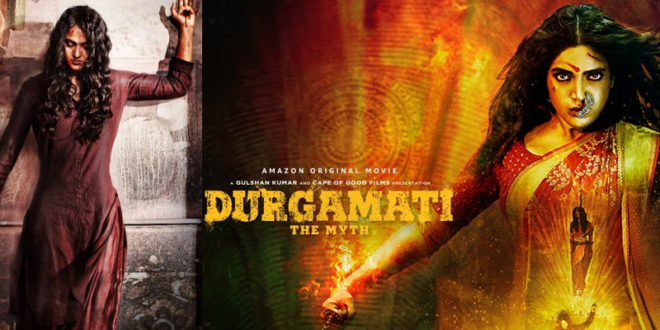 After the Hindi remake of Kanchana, another horror-thriller remake from Telugu is all set to release in Bollywood. Durgamati is a Hindi remake of Bhaagamathie starring Anushka Shetty. Bhoomi Pednaker arrives in the title role. The trailer of the movie has been released.

Great criticism is being leveled against the trailer. Apart from destroying Kanchana, the audience commented that another great film is being remade in Hindi and made worse. Some even troll the heroine Bhumi’s acting. They also say that it would not be good if someone else did the role that Anushka did.

Jayaram was the villain in the Telugu version. Actor Unni Mukundan also starred in the film. Arshad Warsi plays Jayaram in Hindi.

Directed by Ashok himself is making the film in Hindi as well. The movie will be released on December 11 via Amazon Prime as an OTT release.