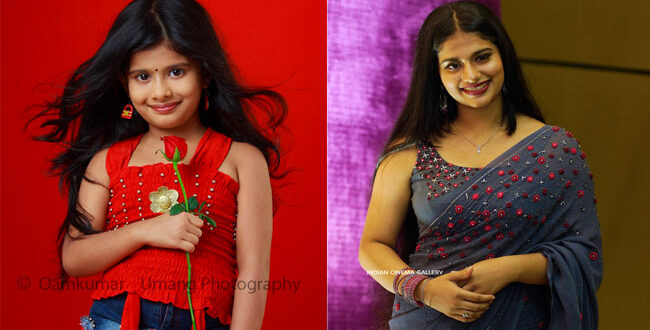 In addition to acting skills, actresses are known for their glamorous looks and style statements. While some actresses are a symbol of beauty and elegance, there are some actresses who excel academically as well. One such actress is Nayanta Chakraborty, popularly known as Baby Nayantara.

The student scored A + with 94.2% marks in all the subjects in the Plus Two examination. She passed the Commerce student exam from Tripunithura Choice School and proved that she is indeed a ‘brainy beauty’.

Nayanthara made her Malayalam debut as a child actress in the movie ‘Kilukkam Kilukilukkam’. She hasacted in more than 30 films including Achan Uranga Veedu, Chess, Notebook, Atishayan, Twenty20 and Thiruvananthapuram Lodge.
She has also acted in several Hindi, Tamil and Telugu films. Her last film was VP Vinu’s Marupadi that had Bhaama and in the female lead.