HomeNewsFilm NewsAre there really places in Kerala that are “inaccessible to the police”...
NewsFilm News

Are there really places in Kerala that are “inaccessible to the police” like Ramadappally of Malik movie? Here are the shocking experiences of a Poonthura resident 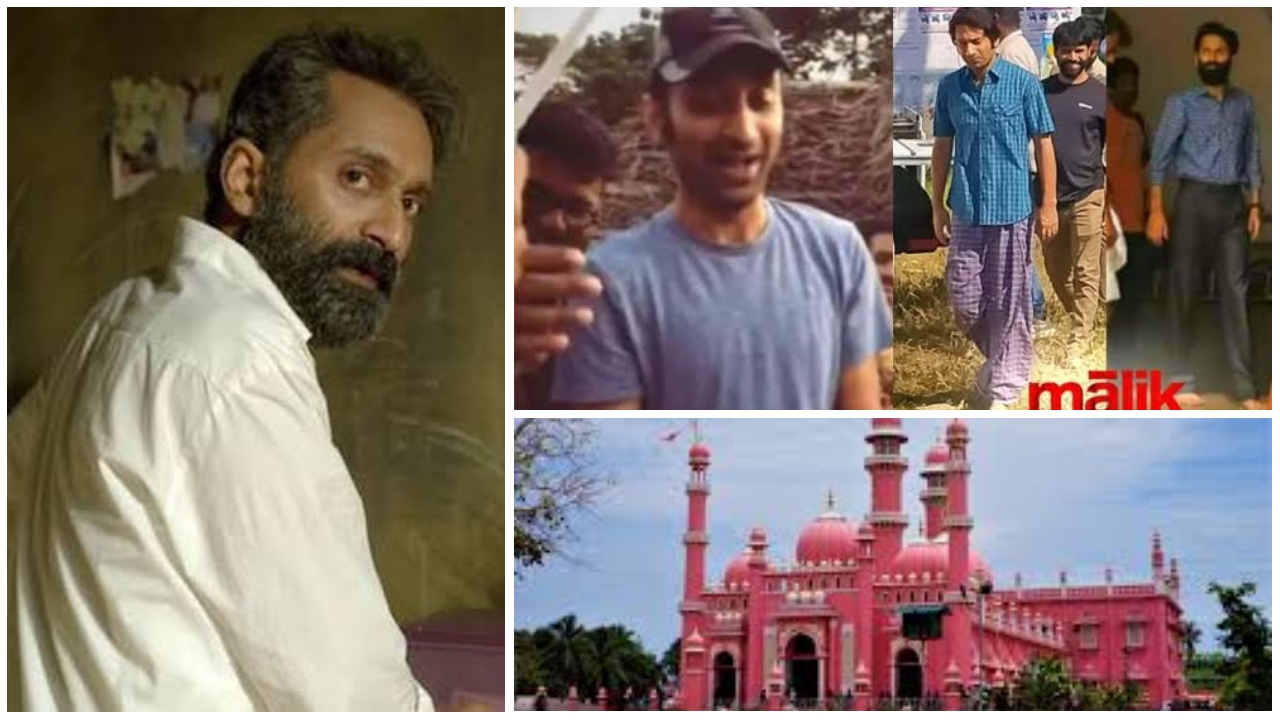 Malik is the latest film to star Fahad Fazil. The film is directed by Mahesh Narayanan. The film was released on Amazon. It was one of the best theater experiences of the year. But that is to say, it is lost. The film was bought by Amazon for Rs 22 crore.

It has been receiving rave reviews since its release. Everyone is praising the performance of the main actors. Everyone is saying that Malik is doing very well as a film. However, a large section of people claim that what is being done to the history of cinema is a great injustice. For this, they say that Bimapalli is whitewashing the shooting in this film. But Mahesh Narayanan says that the film is fiction and not based on a real event. Which of the following is true? 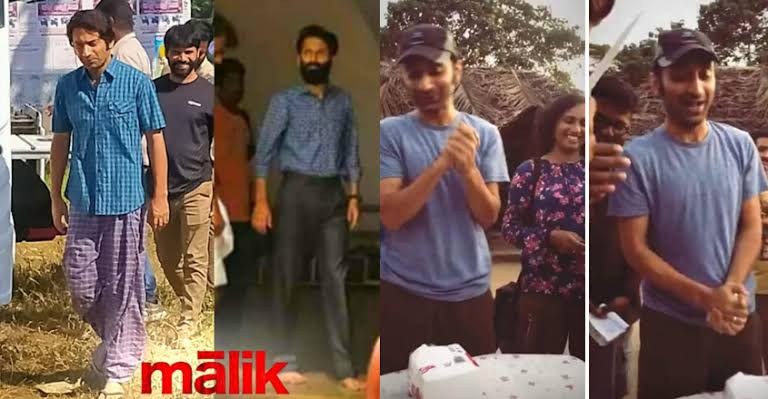 A section of people are of the opinion that the director has created a very big scare. For that, it is said that places like Bimapalli are portrayed very badly in the film. But are there really such places in Kerala? Are there places in Kerala today where even the police cannot enter? What is the attitude of governments towards them? Why do other people see them as rude people? The answer to all this comes from this post written by one person. 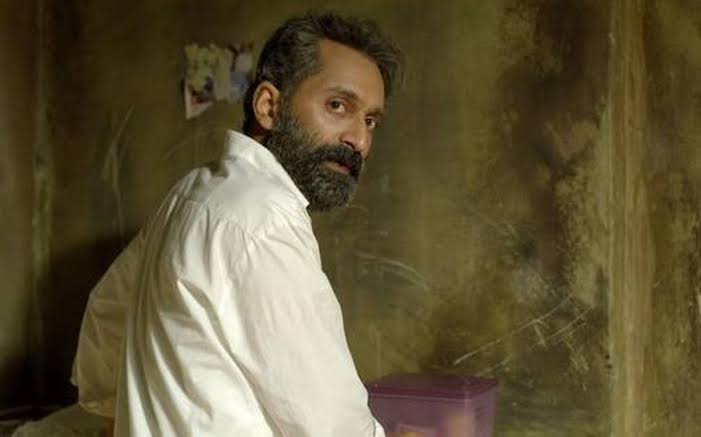 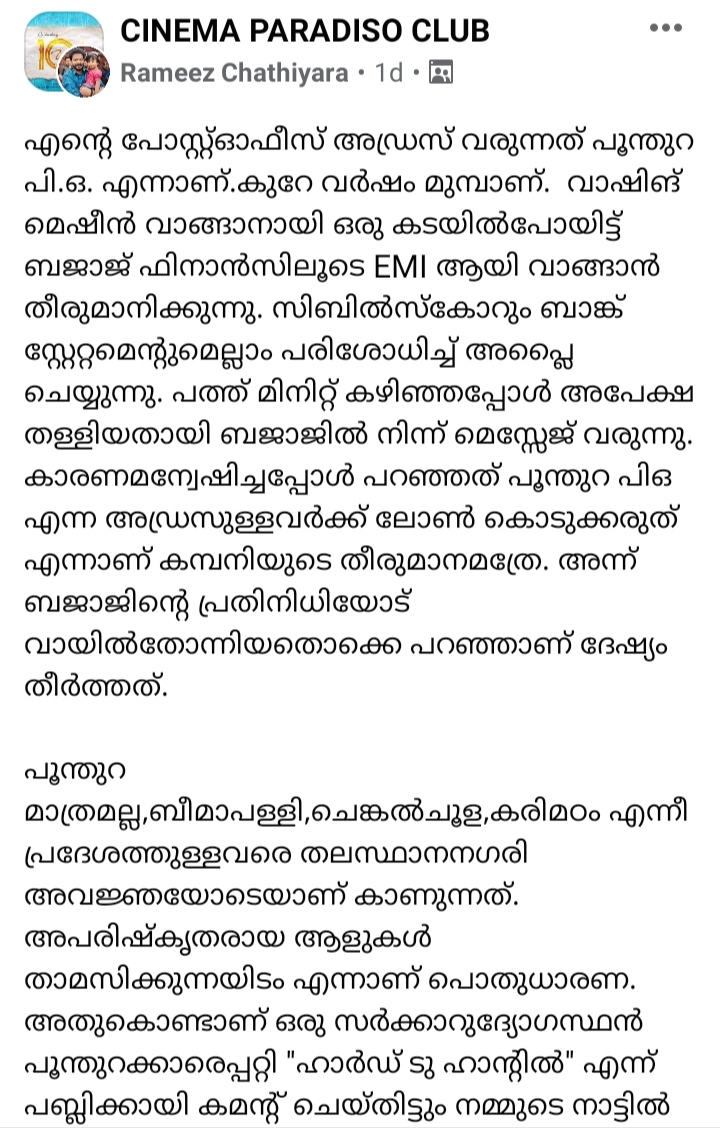 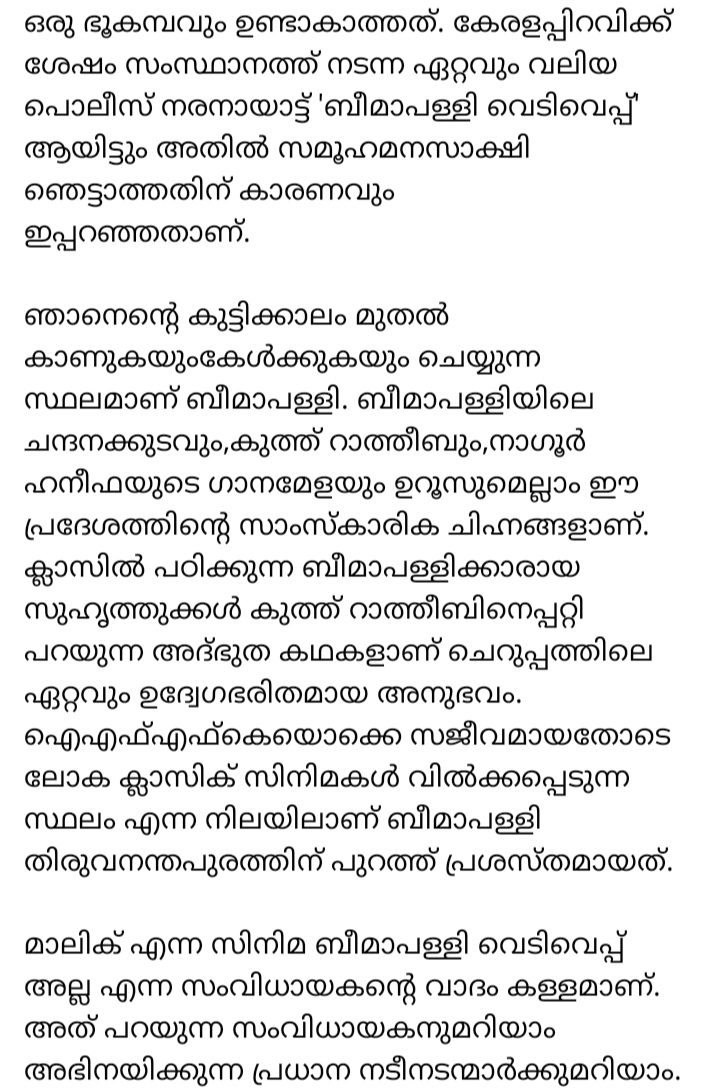 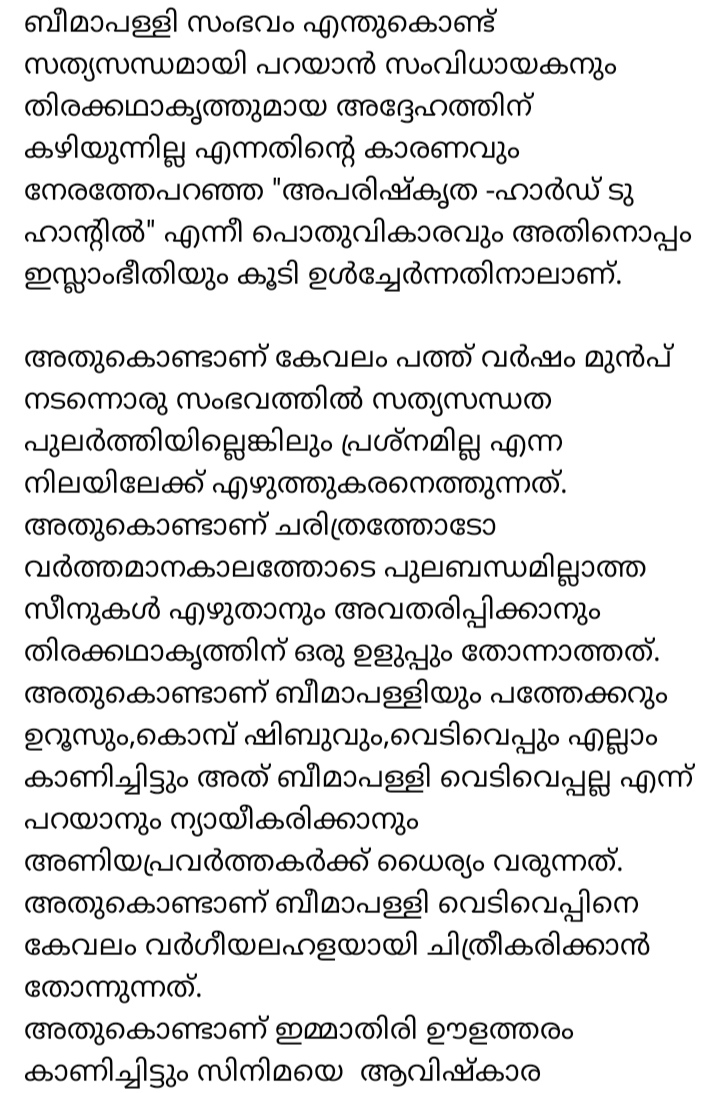 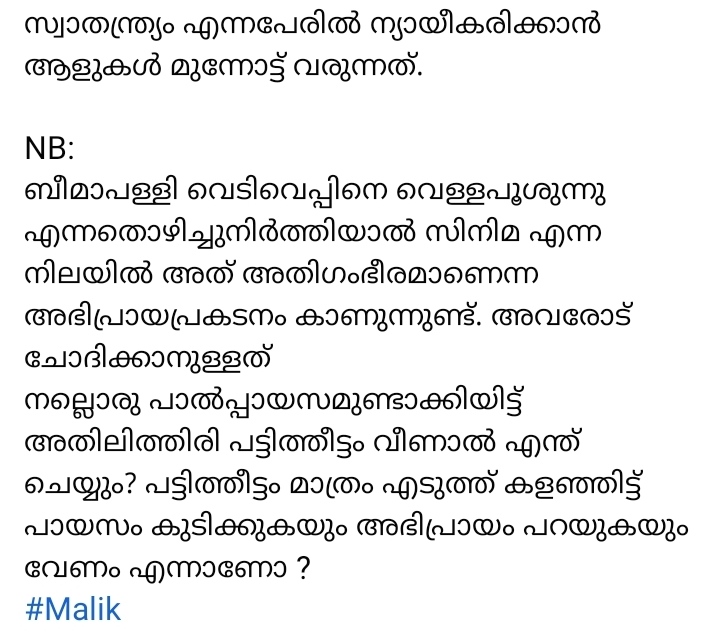